In the field of polymers, ABS is one of the five general purpose plastics. It has good strength, toughness, impact resistance, heat resistance and dyeability. With outstanding comprehensive performance and high cost performance, it is widely used in automobiles, home appliances and other fields.

At present, ABS is also one of the commonly used FDM desktop 3D printing filaments, the amount is second only to PLA. Compared with PLA, ABS has better toughness and impact resistance. However, ABS has a large unpleasant smell in 3D printing, and it is harmful to the human body! The facts show that filaments containing certain styrene monomers can cause harm to the human body! However, looking at the combination of components, the general ABS filaments are ternary copolymers obtained by graft copolymerization of acrylonitrile, butadiene and styrene, of which acrylonitrile/styrene is definitely a chemical with pungent odor. .

AS a filament with strong smell and harmful to the human body, ABS is difficult to be widely applied. To solve this problem, eSUN developed ABS Odorless with less styrene content and low odor! 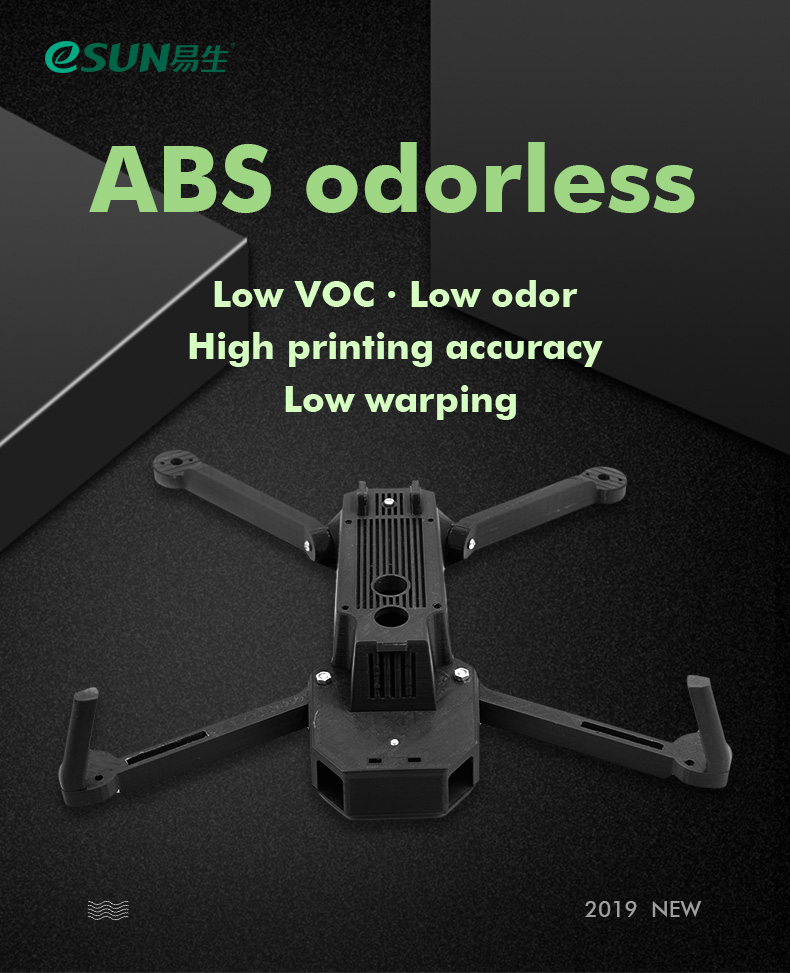 ABS odorless uses ABS resin as main raw material, adding the modifier and other additives, modified and granulated by a special twin-screw extruder, and then made into a 3D printing material by a special filament forming machine. The new product has the characteristics of low odor, low warping, high precision, smooth printing and anti-oxidation. It can also be polished, suitable for long time continuous printing without the risk of nozzle carbonization.

Speaking with data, low odor is a great advantage of [ABS odorless]

Low odor is a big advantage comparing with other same products.

eSUN gives a data comparison of physical properties and smell on ABS odorless, eSUN ABS and three other ABS on the market. 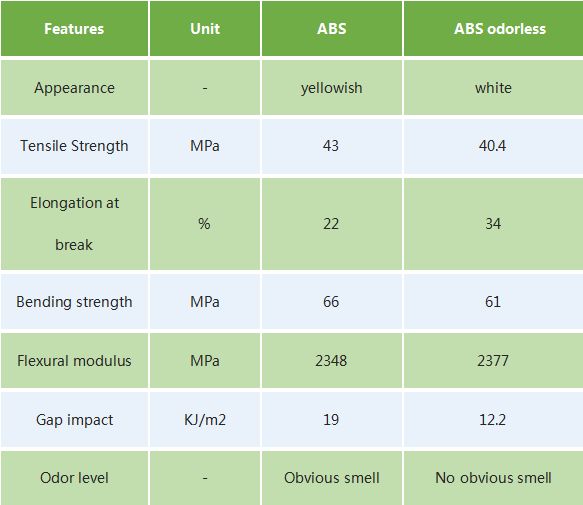 It is not difficult to conclude that the overall physicality of ABS odorless is no less than eSUN's classic ABS. The toughness is still strong, the shrinkage rate is good, but the odor change is obvious. 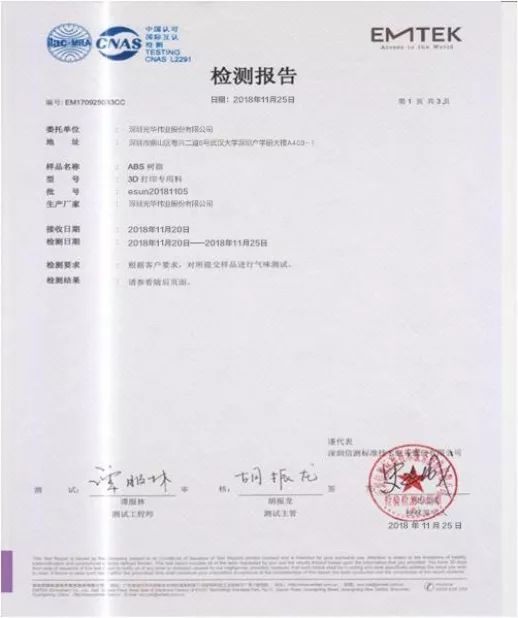 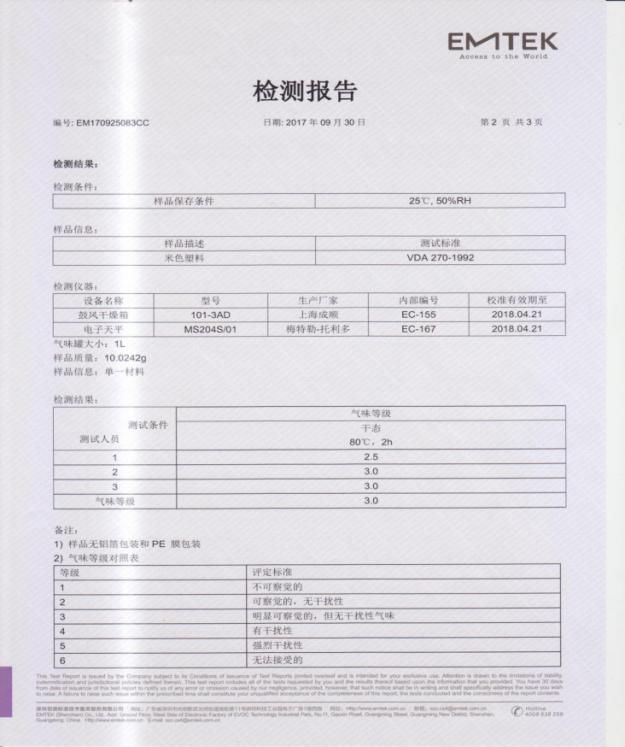 The printing test conditions were as follows: nozzle temperature 230 ℃, bed temperature 90 ℃, printing speed 40 mm/s. After the printed product was placed at 80℃ to dry for 4 hours and then exposed to air for 168 hours, the team made more observations. 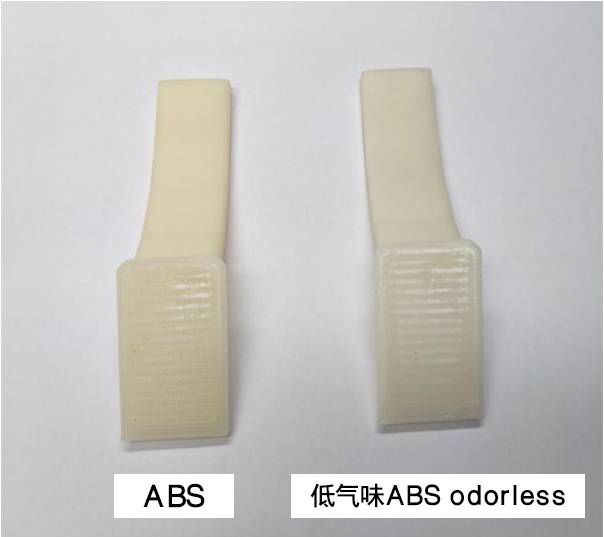 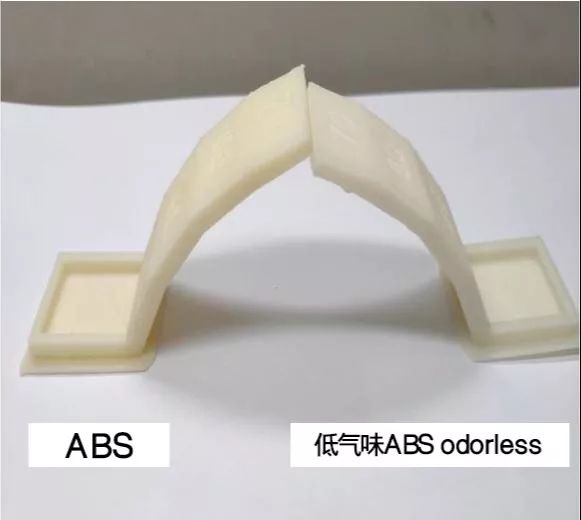 Conclusion: Both have good dangling results, no molding abnormality with angle ∠70°. 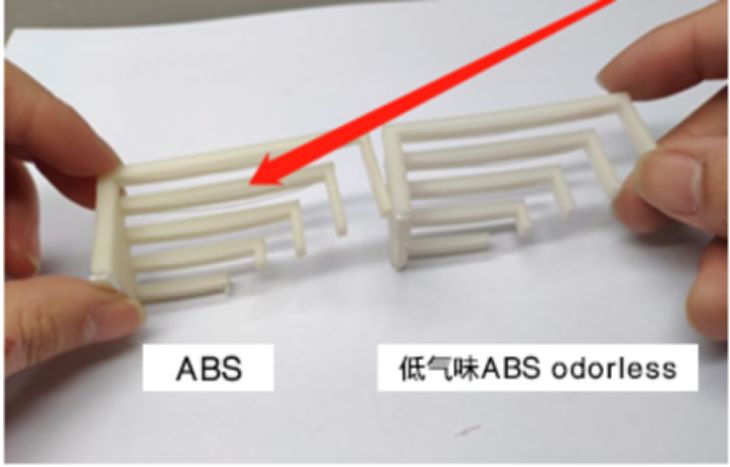 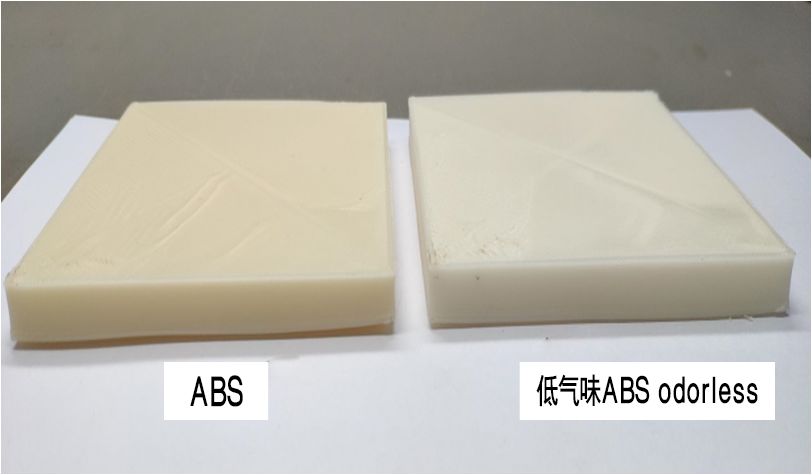 In summary, eSUN ABS odorless and ABS have similar features, but ABS odorless is more environmentally friendly, with low VOC, low odor, whiter color, higher printing accuracy and lower warping. In the printing process, the layer connection is very cohesive, which leads to a more sturdy and better impact-resistant print; it is easy to bend under pressure without breaking, and has full plasticity. The print surface can still be treated with acetone to improve smoothness or to weld two objects together. eSUN ABS odorless can be widely used in scenes with high material performance and odor requirements, to solve the problems that PLA and ABS can not meet.

The market response has always been the driving force behind eSUN! Please feel free to contact us for samples and explore the new world of 3D printing!

Next： eSUN volunteers at The 7th Affiliated Hospital for free clinic!