TCT Asia in 2018 was held at Shanghai New International Expo Center in the beginning of March. As the best platform for the 3D printing and additive manufacturing in the Asia-Pacific region, more than 200 companies from Germany, Italy, the United States, the Netherlands, South Korea and etc, have attended the exhibition. To sum up, TCT Asia 2018 has attracted more than 12,000 professional visitors. 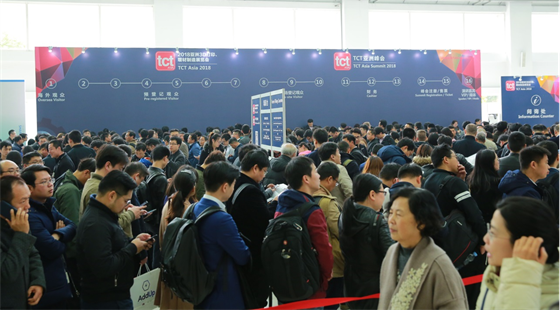 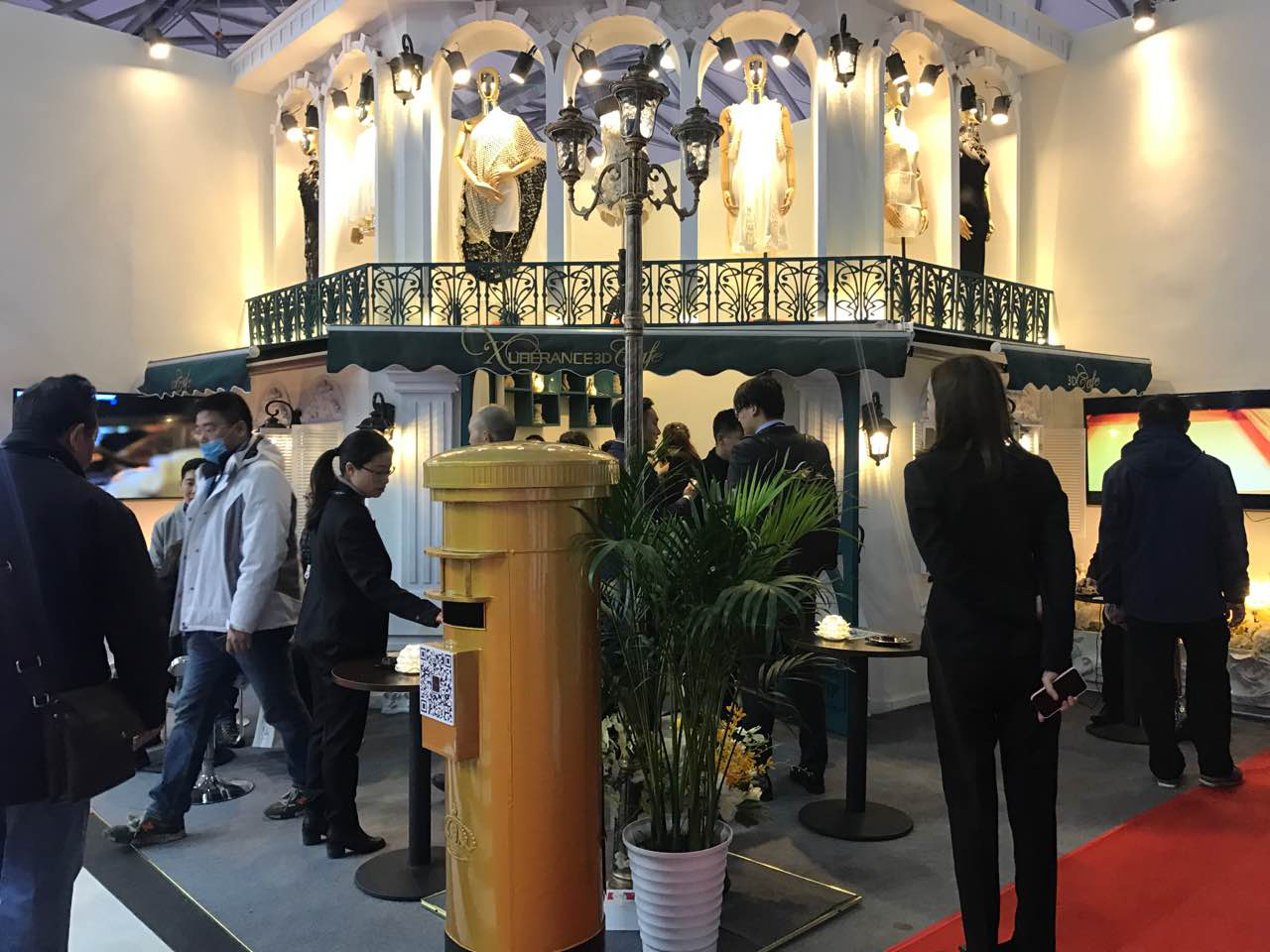 Today, it has been one week since the end of the TCT Asia show.  Exhibitors are still receiving feedbacks from all fields.

eSUN as the leading brand of FDM 3D printing filaments in the world, carrying out the most cutting-edge technology products in the show. It attracts so many 3D printing enthusiasts take part into the process of exploring. ▲eSUN's exhibition decorated style continues the brand's concept of “differentiated positioning and open innovation”. On the one hand, our booth fully displays the advantages of eSUN’s various star products, and on the other hand, it also provides a large displayed room for visitors’looking around. 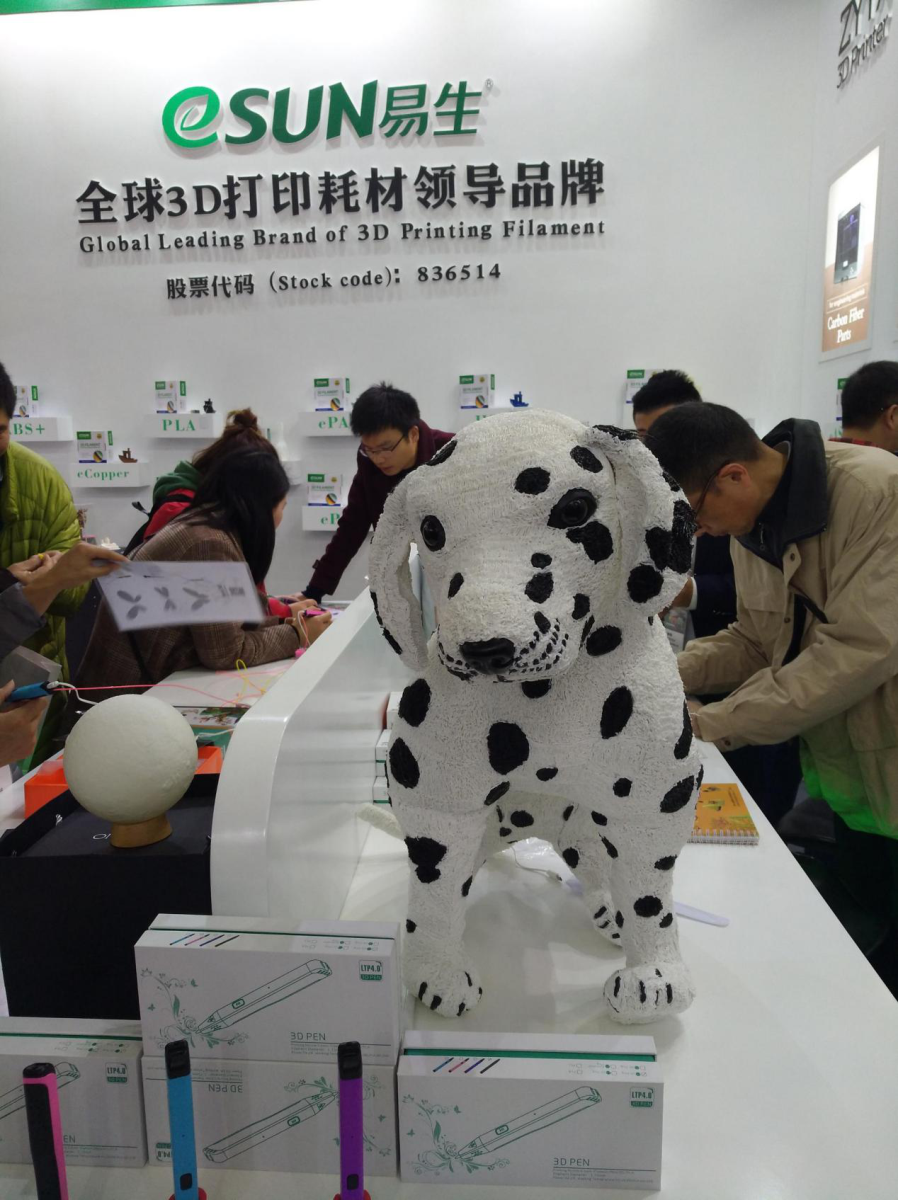 ▲ This year is the dog year in Chinese lunar festival, and the Dalmatian made by the isun3d LTP4.0 low-temperature printing pen, transferred the New Year greetings to all the audience. ▲The function of the print pen not only can paint the three-dimensional objects, but also paint the colorful "Van Gogh self-portraits"! 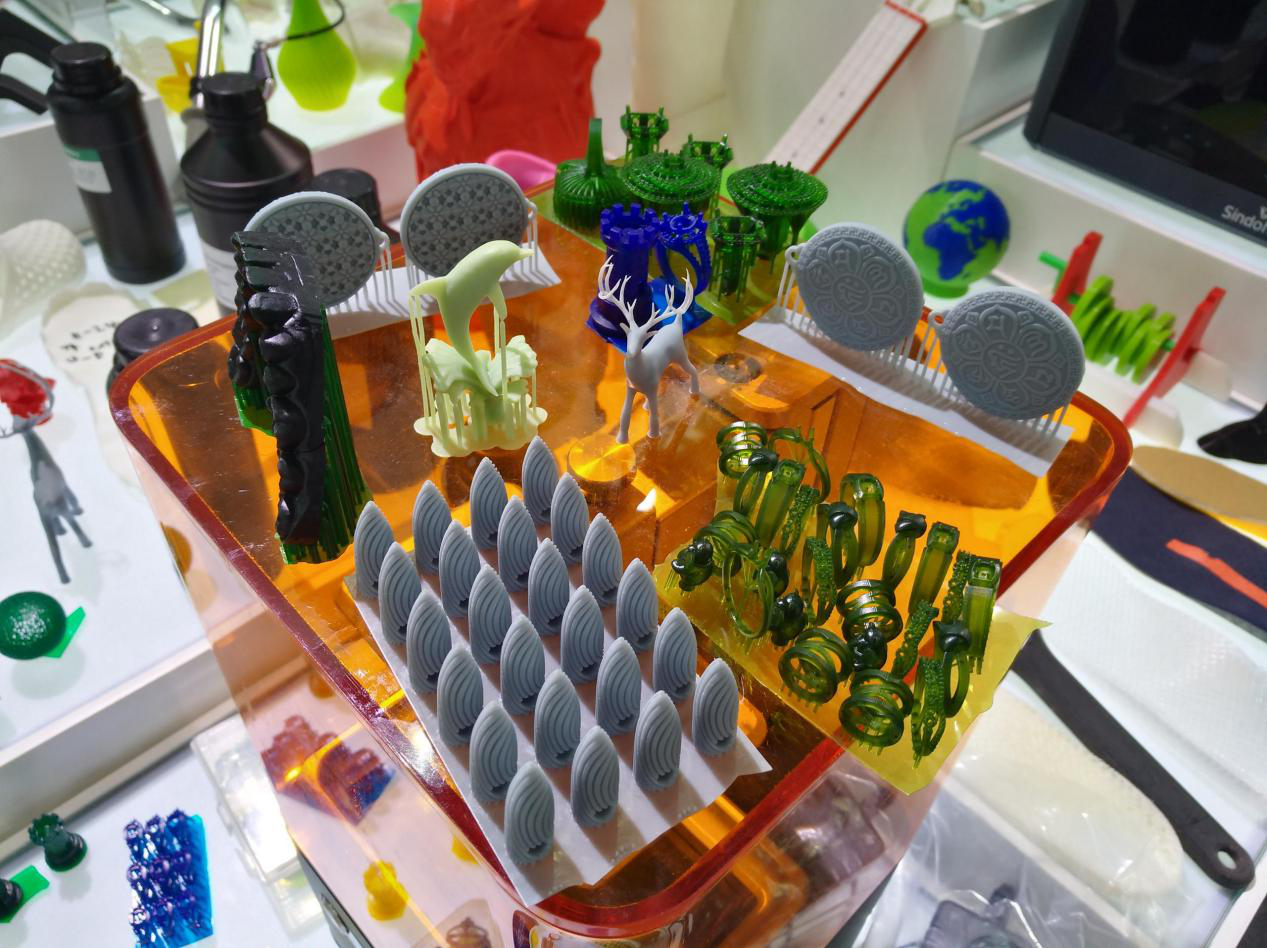 The British "Economist" magazine once claimed that 3D printing technology and other digital production models will together promote the realization of the third industrial revolution. eSUN has fully demonstrating its capabilities in the 3D printing field through TCT ASIA 2018, and eSUN has launched a series of new products for the world, such as: This is a support material, printing effect is excellent, compared with the market's PVA wire solubale speed is three times faster, dissolve faster and easier to peel; in the case of adequate water and without stirring, it can be quickly dissolved in one hour, increase the water temperature or stirring Speed can accelerate dissolution, the surface of the printed model will not leave any traces, and low hygroscopicity is also easy to store, and it can be perfectly matched with a variety of filaments such as PLA / ABS / PET and others. eSUN's TPU 98A wire has got the US FDA certification. It does not add any plasticizer and it is also environmentally friendly. It has so many advantages, for example, excellent hardness, wear-resistant, weather resistance, low shrinkage and good stability of printed products; What’s more, it can compatible with most 3D printers, and also has a variety of colors to meet customers needs. 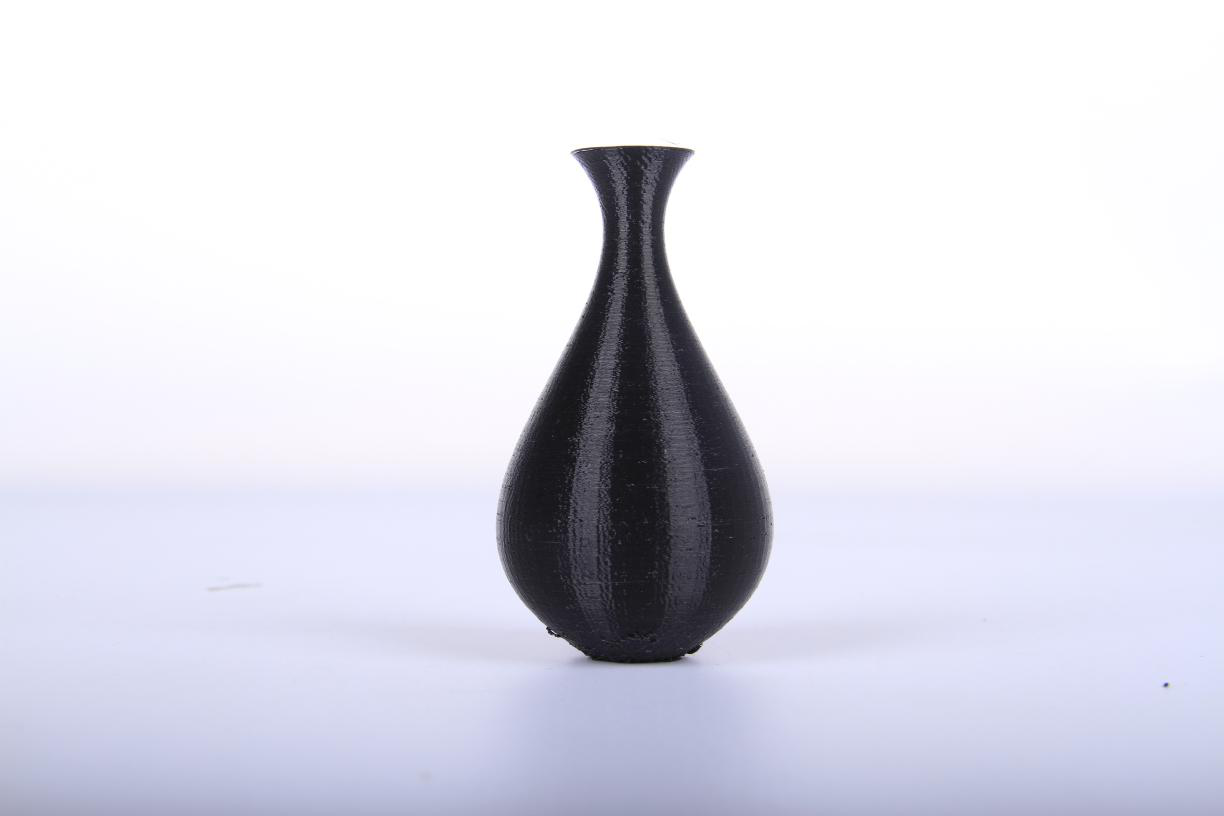 eASA has the similar structure with ABS and has excellent mechanical and physical properties as an engineering plastic. Due to the replacement of butadiene containing double bonds during polymerization, it has excellent weatherability and UV resistance; The high temperature resistance, and eASA is also an anti-static material, can make the material surface less dust.

Most of the filaments suppliers will adopt simple spool to enwind the filaments. And before using the filaments, consumers will be both troubled in putting away the spool.

► In eSUN's Soulution No.1:【refill filaments+general spool+eBOX】, the refill filaments are belonged to non-spooled package, and belt tightly filaments. It is not only can save filaments, but also can save shipping costs. Each coin has two sides, there is an inconvenience that when consumers use consumables, those non-spool filaments can not be well fixed in the 3D printer. For this point, eSUN proposed with the general spool products to have a perfect eliminate effects on these problems, but also easily re-use to the 3D printing process.

►Esun’s general spool can meet the installation requirements of mainstream equipment and clamp wire in both radial and axial directions to meet the needs of mold injection molding while retaining the OEM's design. The solution also paired with the eBOX cartridge. 3D printing filaments can be heated and dried, weighed and both prevent from moisture and dust in the eBOX. Built-in desiccant can provide a dry storage environment to the 3D filaments, to ensure the performance of filaments, but also through the weighing function, timely review of the filamnets remains. Ebox greatly facilitate the printing work. ► Esun’s eResin-PLA is a photocurable resin filaments for desktop-grade light curing applications. Under the room temperature, the filaments have good fluidity and in low viscosity liquid; pure color and high precision; cured product has a certain strength and toughness, printing without a warpage and deformation.

► As for the isun3d LCD printer, upgrade the built-in new light , with an open structure and trough to facilitate the printing of high-precision finished products. At the same time, the printer can automatically leveling, magnet adsorption and screw is also easy to fine-tuning, the bottom of the design of anti-seepage, no screws in the whole body; What’s more, it also has intelligent temperature control function and intelligent fault diagnosis to ensure the life of the machine.

►  As for the Isun3d DLP printer program is a DLP digital light processing system LED light source industrial grade light machine. Due to the dense dot matrix and high definition of LED light source, it can be used in high-precision model printing, such as oral model verification, dental model, and etc.  It has a long print life and could meets all of your 3D printing imaginations.

In addition, during the exhibition, eSUN also attracted BASF, Clariant, Lubrizol, Arkema and other chemical giants and Zortrax, Ultimaker and other famous printer manufacturers to discuss cooperation; at the same time, attract so many visitors for the cooperation partners (DuPont, Sweden ZYYX, Denmark Sculpto and etc). eSUN go after for win-win cooperation. 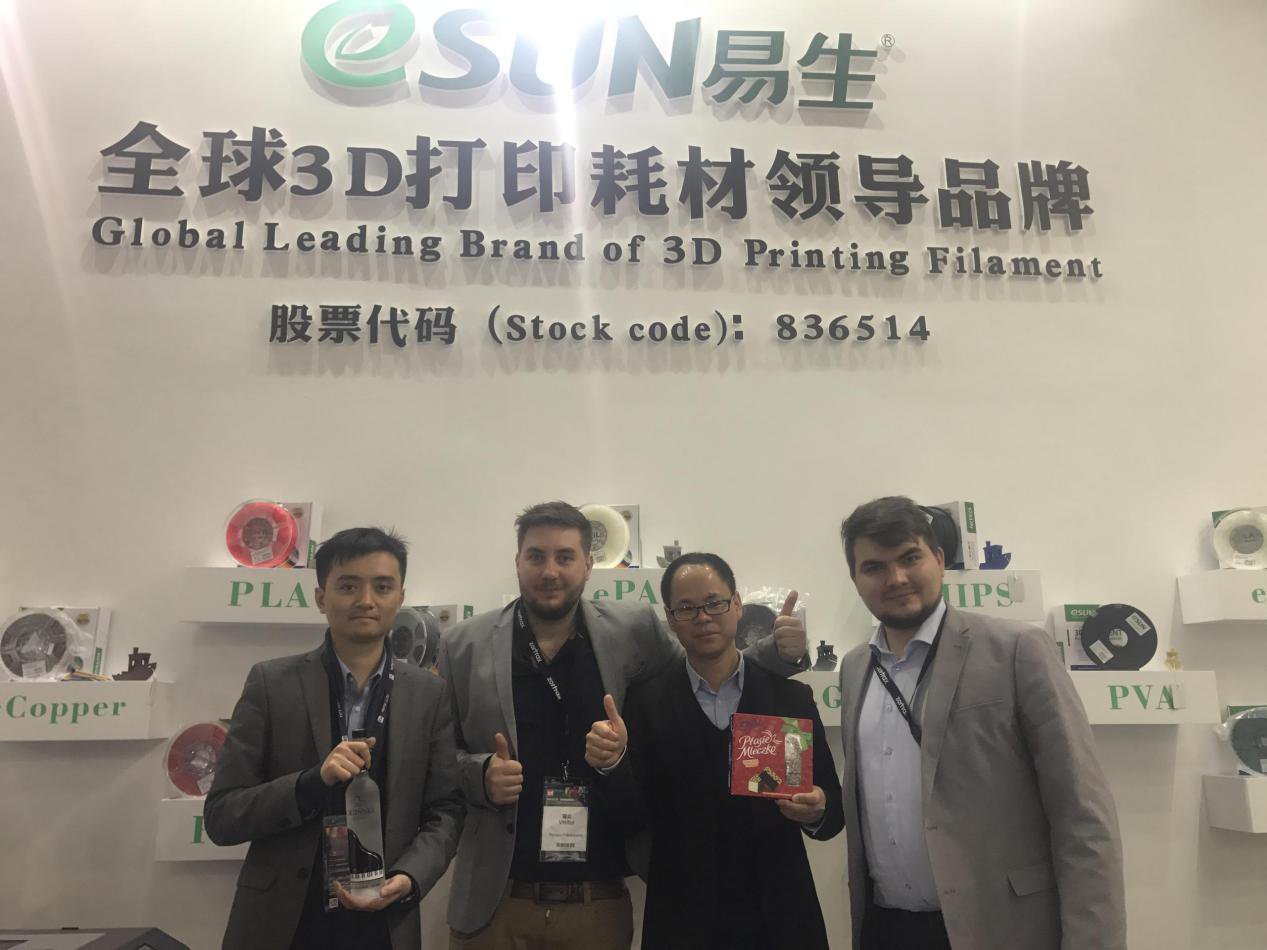 Wish all of you a fruitful markets!

Let us see you again in our next date! Next： This April, eSUN will participate in Asia's Spring's largest electronics fair in Hong Kong...