If the creative breakthrough and innovation of 3D printing is a combination of art and technology, then DIY an independent 3D printer is something cool and interesting!

So, you must wonder why I mentioned “DIY 3D Printer” today?

This is also an application direction of eSUN 3D printing materials. As we all know, there is nothing better than 3D printing in the case of personalized customization. Using 3D printing technology to customize the parts of a 3D printer is a typical case of "using magic to defeat magic".

Nowadays, there are many 3D printer opening sources in many forums. Voron and Prusa are very popular among 3D printing enthusiasts.

In 2015, users from foreign countries founded the Voron project intending to build a perfect 3D printer. Compared with other printers, it pursues quietness, cleanliness, and beauty, while still running 24/7. After years of development and optimization, with the efforts of many users with enthusiasm and dedication, Voron 3D printers have completed multiple iterations and gained more people's love and recognition. 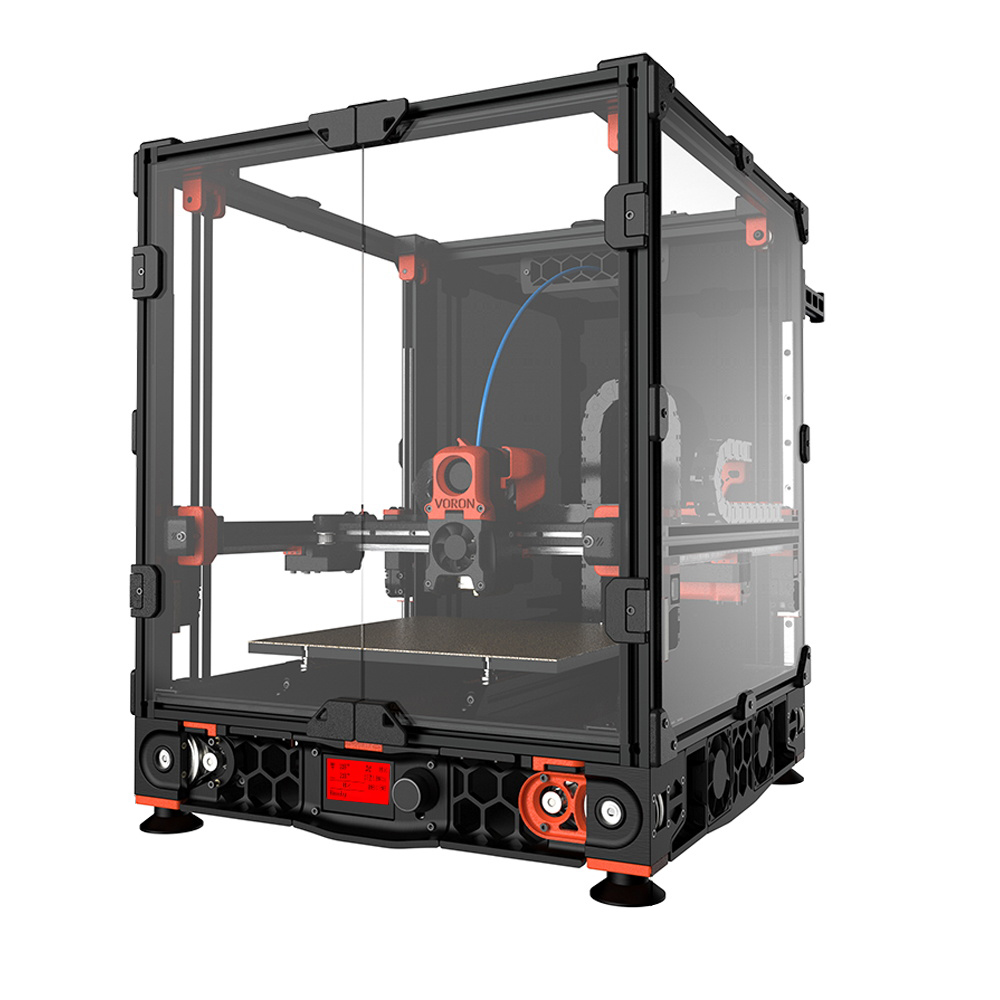 As shown in the picture above, many parts of the Voron 2.4 3D printer are made by 3D printing. Among them, eSUN's ABS+ filament, especially the fire engine red, is recommended by many users because of its color stability, matte texture, durable appearance and harmonization with the Voron brand. 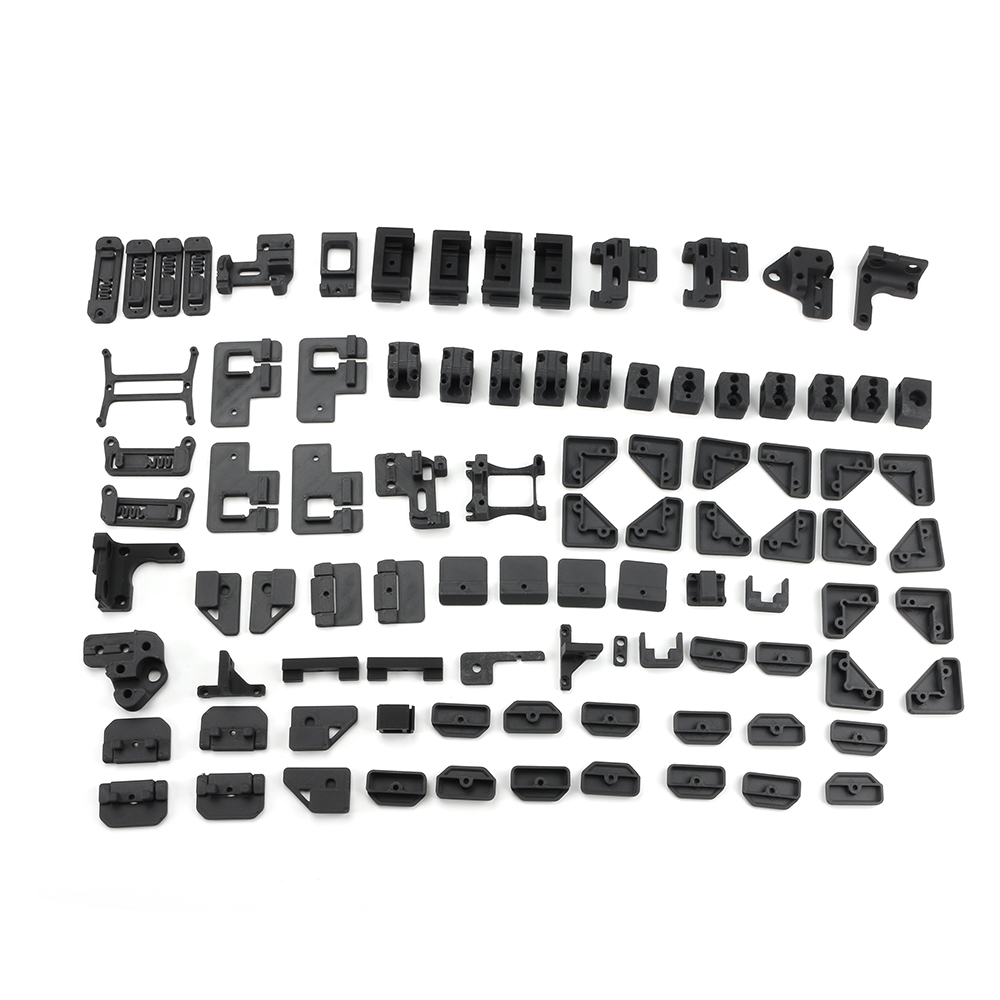 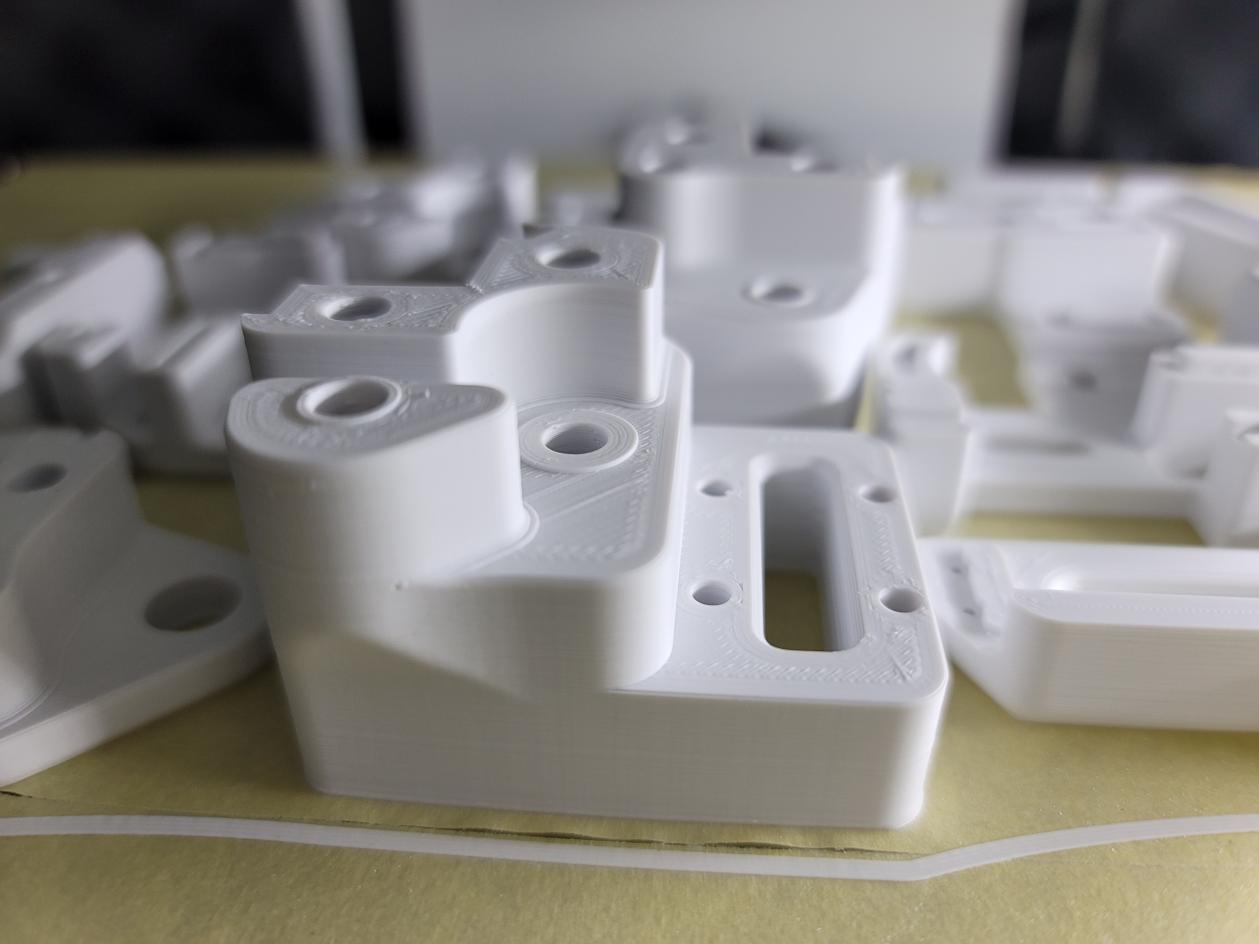 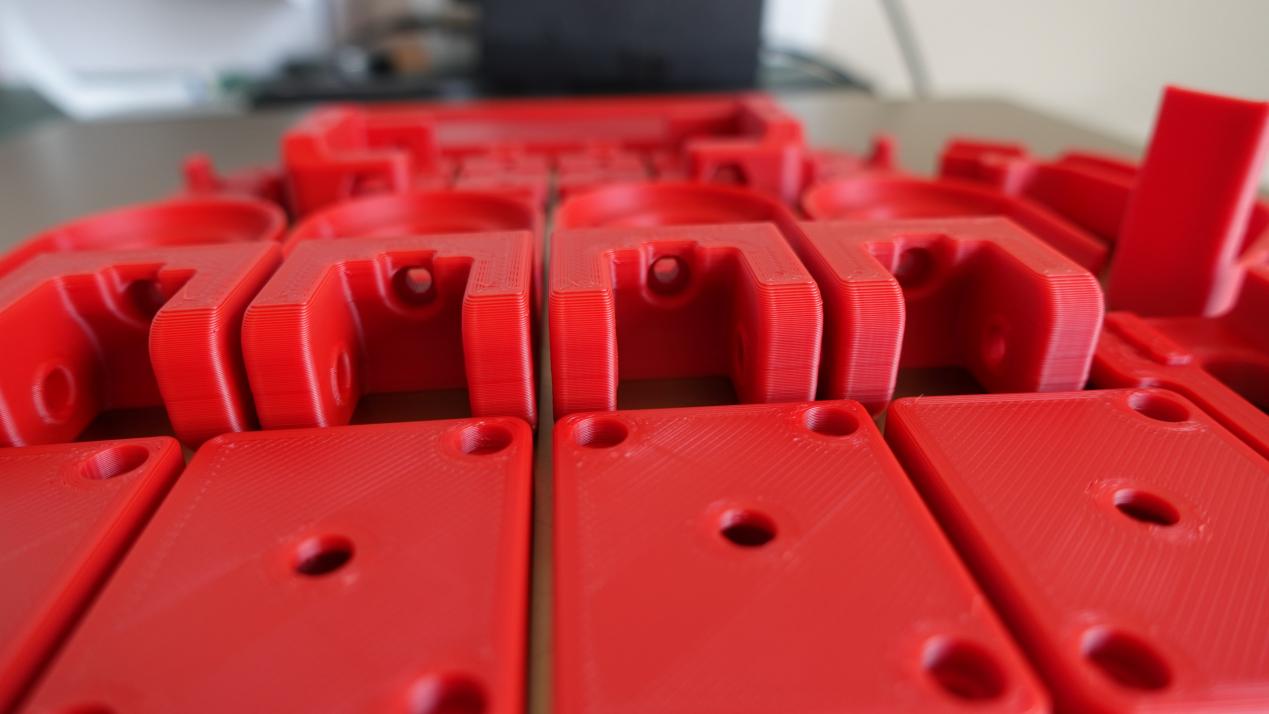 Note: The above pictures are provided by Voron's partner company Shenzhen Fuyuansheng Electronic Technology Co., Ltd. and some users. The copyright belongs to the original creator. eSUN ABS+ material is an engineering material, modified based on ABS. Compared with conventional ABS materials, ABS+ has higher mechanical properties, less odor, and lower shrinkage. At the same time, it also has high toughness and high impact resistance, which can be used to print durable parts; low VOC volatile content, low odor during printing, comfortable printing without pressure; low shrinkage, not easy to warp and crack during printing.

ABS+ can be used for parts and model printing in machinery, molds, toys, automobiles, electronic appliances and other related industries and fields.

By assembling a 3D printer by yourself, from the initial plan selection, parts printing, purchase, assembly, debugging, and finally put it into use, everyone will gradually strengthen their understanding of 3D printing and 3D printers. And improve creative thinking ability and practical ability during the whole process.

In September, eSUN and Fuyuansheng FYSETC will jointly launch a live broadcast on the theme of "Homemade 3D Printer". There will be various influencers sharing ideas and skills of self-made 3D printers. Whoever interested is more than welcome to join!

Meanwhile,  if you have any advice or questions about self-made 3D printers, you can also leave a message below Previous：3Dprint——Get prepared for Your Halloween